Major Signs You Are Suffering From A Migraine 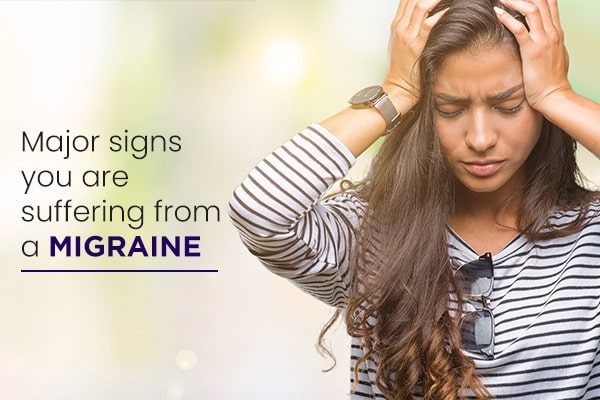 Do you know that migraine affects over one billion people each year worldwide? It falls under the most common neurological disorders category, especially among females and young adults.

Migraines are not simply just ‘headaches’. They are accompanied by a lot more disturbing symptoms like nausea, vomiting, and fatigue. People also experience mood swings, trouble sleeping, and concentration problems before even the headache begins.

If you are facing these issues on a regular basis, it is better and more important to identify your problem in detail.

Ways You Can Improve Your Mental Health

Some major migraine signs include -

Every other migraine patient deals with visual symptoms like zigzag lines, flickering lights, or blind spots. Auras can happen before or during migraines for certain people. These are temporary nervous system symptoms. The majority of them are visual, but they can also involve other disruptions.

Each symptom often pops up mildly, over a few minutes, and lasts for up to 60 minutes. A little over a third of those who suffer auras may experience hearing impairments like tinnitus (ear ringing), music, or noises. In some rare cases, few individuals encounter motor auras that are accompanied by weakness on one side of your body or face.

The inability to get a peaceful sleep is among the most common symptoms of migraine. Some people find it hard to sleep at night, while others wake up with a headache or other painful symptoms.

Studies have shown that some people experience sinusitis symptoms during migraine attacks. These symptoms usually lead doctors to wrongly diagnose migraines as sinus headaches caused by viral or bacterial infections that are recovered within seven to eight days. However, this is a common misdiagnosis associated with migraine.

Opening up to people can help a lot in getting bottled-up emotions and feelings out of your system. Getting a chance to spend abundant time with your near and dear ones can help you feel lighter and happier. Having your family and friends near you can create an optimistic impact on your life and buoy you to face life’s difficulties and complications.

Oftentimes, during the prodrome phase, people experience cravings for certain food items like chocolates and certain cheeses. These are strong craving sensations and usually act as an onset for a full-fledged migraine attack. Other symptoms, including weariness, impatience, yawning, and auditory sensitivity, may also be present along with the cravings.

While certain medications may temporarily alleviate your symptoms, over time, they may make them worse. Furthermore, it may be challenging to stop using such substances due to their rewarding effects.

According to the Office for Women’s Health, migraine pain frequently hides behind one eye or ear. You could also feel it in the eye socket and surrounding the eye. It causes a lot of visual discomforts.

People might end up thinking they need to see an eye specialist, but that can’t make their symptoms better. In addition, people can experience dizziness too.

A common statement from migraine patients is, “My neck gets stiff, then I get a headache.” Well, the migraine is probably still in its early stages. Or, following a migraine, individuals may get neck discomfort or throbbing pain in the back of their neck.

Seek medical attention right away if you witness a stiff neck along with a headache, nausea, fever and vomiting, as these symptoms could suggest a more serious condition.

A migraine without an aura can only be identified, according to the International Classification of Headache Disorders (ICHD-3), if the patient also exhibits either a blend of nausea and/or vomiting or light as well as sound sensitivity (more on that later). During a migraine attack, all four symptoms could coexist.

According to StatPearls, medical professionals commonly deliver pain drugs non-orally, typically through an injection or infusion, for those who have migraines that are accompanied by severe pain, nausea, and vomiting. In addition to painkillers, antiemetics—medications to prevent nausea and vomiting—can be administered.

Some migraines are brought on by physical activity (such as running and lifting weights) or stress. To rule out underlying reasons, such as a brain aneurysm, a complete workup may be necessary for people with exertion-induced headaches.

The majority of persons with migraines reported that exercise was a trigger.

A migraine sufferer could feel as though their body has been beaten when the attack is over.

During the post-migraine period, people may feel post-headache symptoms, including weariness, difficulty concentrating, weakness, dizziness, lightheadedness, and loss of vitality. This stage is known as the postdrome phase.

Migraines can be treated and prevented with medicine. But the narrative is not only about medicine. Additionally, it’s critical to look after your health and learn how to handle migraine pain when it occurs.

The most efficient strategy to treat migraines is frequently by combining medication with behavioral techniques and a healthy lifestyle.

For people who are seeking migraine treatment, Parul Sevashram Hospital has a highly qualified and experienced team of neurologists who strive to offer a healthy lifestyle to people. Visit now to receive the best experience!

Ways You Can Improve Your Mental Health

Thank you… Your details have been submitted successfully.

If you have any query, please, feel free to contact us. 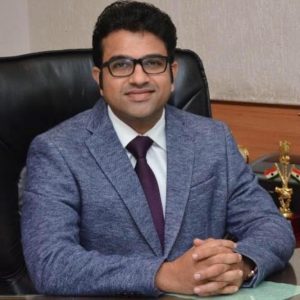 Dr.Devanshu Patel, a dynamic, visionary and proactive leader, is President of Parul University. His unflinching commitment to the cause of education and whose continuous efforts for spreading the cause of education not only in Gujarat but also in different states of India and also in 49 different countries have resulted in more than 25,000 students pursuing their undergraduate, post graduate and doctoral degree programmes in 34 academic institutions offering more than 160 degree programmes. 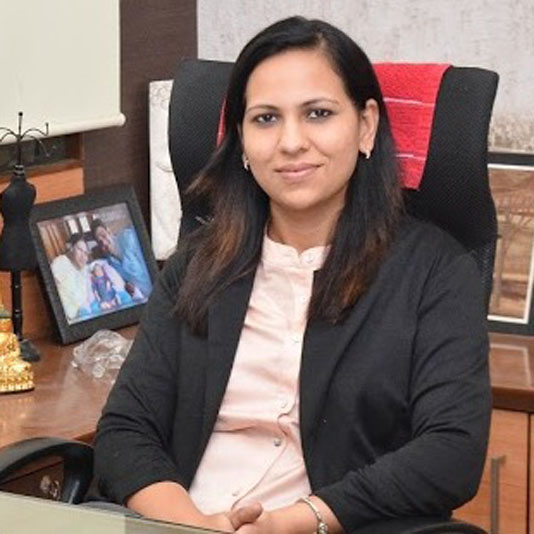 Dr Geetika Madan Patel is a proficient doctor and administrator having pursued her MBBS and MD in Community Medicine with Gold Medal from the illustrious Maharaja Sayajirao University of Baroda. Currently she is the Member of Board of Governance and Medical Director of Parul University.She has played key role in the establishment of various medical institutions & hospitals in Parul University and is now heading Parul Sevashram Hospital. 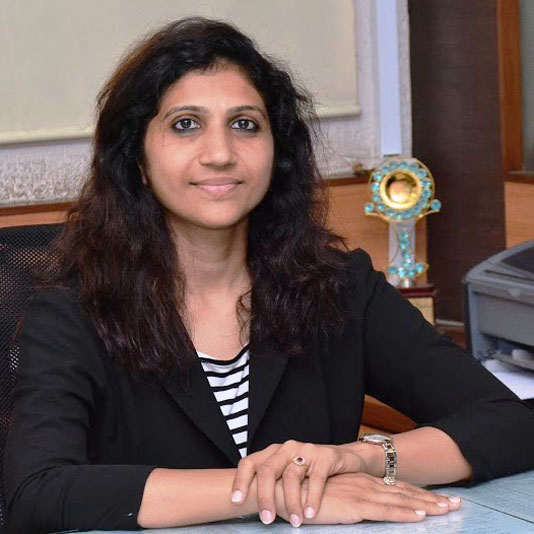 Dr.Komal Patel serves as Member of the Governing Body in the University and Director. She’s eminent laproscopic surgeon , Gold medalist in Obstetric and Gynaecology as well as oversees smooth functioning of the Department in Parul Sevashram Hospital and she is actively involved in establishing and developing surgical departments in Parul Sevashram Hospital. She had worked as an Gynaecologist and Obstetrician in Parul Maternity Home in Baroda prior to joining Parul University. 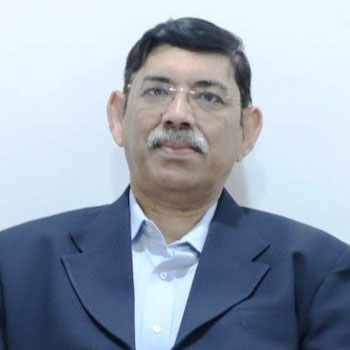 Dr. Atul Kumar Saxena is a Medical Superintendent at Parul Institute of Medical Science & Research.Dr. A.K.Saxena, Medical Superintendent, brings to PSH a vast surgical experience of over 35 years in General Surgery. He is an alumnus of Baroda Medical College. He has worked at the Government Medical College & SSG Hospital, Baroda in various capacities since 1981. He has handled administrative duties as Medical Superintendent of 1500 bed SSG Hospital, Baroda, Additional Dean of Baroda Medical College and Head of EM Dept. He established the Department of Emergency Medicine at Baroda Medical College offering MCI recognised MD programme in EM. He has been on the selection boards of the UPSC & GPSC as subject expert. He has been a UG & PG examiner at various universities in the country and the NBE both for General Surgery & EM. He has guided more than 45 PG students for their research in General Surgery & Emergency Medicine. He has been an assessor for Medical facilities for the MCI and the NBE at Medical Colleges & Hospitals. He has been a member of the Senate and PG council at the M.S. University of Baroda.
M. No. : 9825177292
Email : atulkumar.saxena77687@paruluniversity.ac.in

Dr. Dipesh Duttaroy holds more than 38 years of rich and vast experience in General Surgery and is designated as Director – Post Graduate Studies and Professor in Department of General Surgery at Parul Institute of Medical Science & Research. He is superannuated as Professor and Head – Department of Surgery; Medical College Baroda and has also served in various capacities at Govt. Medical College Surat and M.P Shah Medical College Jamnagar. He has been Dean of students – Faculty of Medicine at The Maharaja Sayajirao University of Baroda and as Postgraduate Guide in General Surgery for more than 50 students.
As an ex- member of the ethics committee of Medical Council of India and presently ethics committee member HMPCMCE Karamsad and IECHR Medical College Baroda; Dr. Duttaroy holds a dignified position as subject expert in the selection boards for UPSC and GPSC, Examiner at various universities, National Board of Examinations & has been an assessor for accreditation facilities for the MCI and NBE. Ms. Ekta Modi represents Parul Sevashram Hospital as Chief Operating Officer. With a vast experience of about 18+ years, she is an expert in the field of administration, quality, branding and marketing along with patient centric approach !